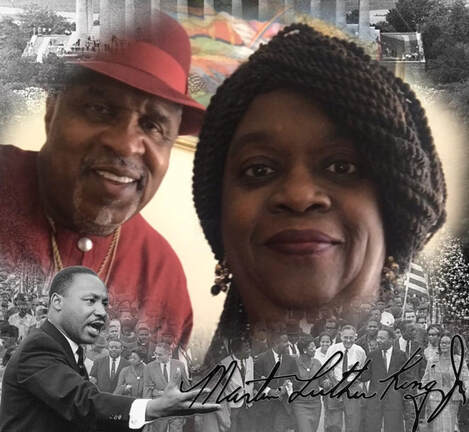 From the beginning...
​
Roberta grew up in New York where the Statue of Liberty was a prominent representation of freedom and a symbol of promise for a better life for all who came upon our shores.

​James grew up in the segregated south where separate was not equal, but was the norm, in educational settings, recreational activities, neighborhood communities, and other aspects of life.
​
As adults, they both learned to love themselves, embrace their heritage,  and unique backgrounds. Although they come from different beginnings, James and Roberta share the same love of culture and are passionate about using their platforms for the betterment of uplifting marginalized populations.
​
Where we are now

Today the Wilburns take what they have learned, having both been touched by discrimination and marginalization, to right the wrongs in their local community and society at large. They are solution-focused, problem solvers who reach out across cultural, socioeconomic, and political lines to become bridge builders for the community in which they serve. They embrace differences, rather than fear it. They promote greater understanding between diverse groups  through authentic dialogue, courageous conversations, and cultural awareness.

​James and Roberta formed Wilburn & Associates, LLC as a vehicle to provide diversity, equity, and inclusion training, coaching, consultation, and advocacy. Their services are designed for those who want to increase their culturally sensitive and responsive practices individually and/or collectively in the workplace. 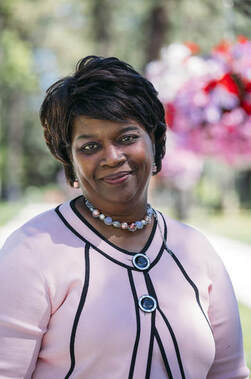 Dr. Roberta Wilburn is the President and co-founder of Wilburn & Associates, LLC. She has conducted numerous workshops and professional presentations locally, nationally, and internationally. She has trained over 1,000 counselors, teachers, government workers, and social service personnel for Spokane County, Spokane City, Office of Superintendent of Public Instruction, and other agencies on cultural responsive and sensitivity practices in the workplace. She has consulted with school superintendents, city officials, administrators, and agencies on matters of diversity, equity, and inclusion. She previously served on Mayor David Condon’s Advisory Council on Multi-Culural Affairs, in Spokane, Washington. She was also appointed by the Mayor to serve as a board member of the Spokane Sister City Association. In 2014, she was appointed by Governor Jay Inslee, to the Washington State Charter School Commission.
​
Dr. Wilburn's international experiences include two invitations to present at the Oxford Round Table at Oxford University in England concerning issues related to African American women. Additionally, she received an International Development grant which focused on women’s empowerment in five Black Mexican villages in the Costa Chica region of Mexico as well as with a University in Senegal, West Africa. She also had a Cross-Hemispheric Partnership with a university in the Dominican Republic which focused on the development of an Afro-Latino Studies teacher training program.

Dr. Wilburn was recognized for her diversity efforts when she was presented with the 2017 INSIGHT Into Diversity Giving Back Award for Administrators. She also received the 2016 YWCA Women of Achievement Carl Maxey Racial and Social Justice Award, as well as the Heartwood Award for Cultural Enrichment & Community Service which she received with her husband, James.

Dr. Wilburn has successfully published professional journal articles and books. She was a featured author in the book Brown V. Board of Education Its Impact on Public Education 1954-2004, a Thurgood Marshall Scholarship Fund Publication (2005). For this publication she wrote a chapter entitled “Leveling the Playing Field:  The Challenge of Preparing Globally Competent African-American College Graduates.” Her most recent publication was a book chapter released in August (2017) entitled: Going to the Next Level: Opportunities and Challenges Facing African American Women Leaders in the Academy. The book, DIVERSITY MATTERS: Race, Ethnicity, and the Future of Christian Higher Education, was a part of a book project for the Council for Christian Colleges and Universities. She is also the Associate Dean  of Graduate Studies in Education and Diversity Initiatives at Whitworth University in Spokane, WA. 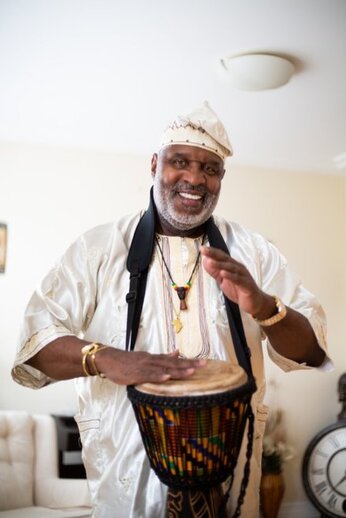 James Wilburn is the co-founder of Wilburn & Associates, LLC and an inspiring motivational speaker. He has a wealth of experience on African and African American history as well as first-hand experience navigating the difficulties of the living in the south during the Jim Crow era. He is a highly sought out speaker in schools and is a valued addition to community cultural events such as Juneteenth and the African American Graduation celebrations in Spokane. He is an African drummer, percussionist, and vocalist and has shared his gifts in multiple countries in Africa and at the Notre Dame Cathedral in France.

James has a heart for children and their families and has developed community-based programs designed to help them reach their full potential. His primary focus has been working with African American male students to help close the achievement gap and the school to prison pipeline. His Achievement Gap Intervention program has been implemented in high schools around Spokane, Washington. He received his Bachelor’s degree in humanities with a concentration in music and religion from LeMoyne-Owen College, and is certified a non-profit professional. He received his Master’s degree from Whitworth University in Administrative Leadership.
​
During his tenure as Mayor of Sunset, Arkansas; Wilburn established many programs including the Sunset Sister City cultural exchange program with Malika, Senegal in West Africa and was appointed to the Arkansas State Parks Committee by then-Governor Bill Clinton.  Later, Wilburn received an invitation to the White House by President Clinton for his work with the Lower Mississippi Delta Development Committee.

His community outreach efforts are numerous. However, some of the efforts worth highlighting. Wilburn was the past president of the Spokane Branch of the NAACP. Under his direction, the NAACP Spokane Branch #1137 was the recipient for the city’s first Human Rights Award for an organization. He is also a NAACP Image Award recipient. He was the host of the James Wilburn Humaculture radio show for 7 ½ years on KYRS 88.1 or 92.3FM. Currently, Wilburn is a Commissioner on the Spokane Police Ombudsman Commission. He was also a member of the Spokane Police Advisory Council. In Spring 2014, Wilburn received the Washington State Jefferson Award for his public service.
Wilburn & Associates, LLC (C) 2018~All Rights Reserved